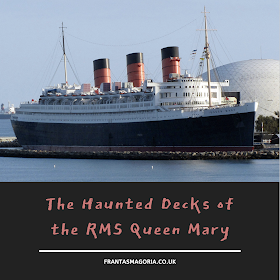 The RMS Queen Mary launched in 1936 and was the largest ship in the world. It was decommissioned in 1967 and is now permanently docked at Long Beach in California.

In it's hay-day it carried its fair share of celebrities, artists and politicians, which included the likes of the Kennedy's and Elizabeth Taylor. It also ferried soldiers during World War 2, but today it is more of a tourist attraction and a hotel.

With its history comes a lot of paranormal activity and stories about ghosts aboard the RMS Queen Mary it attracts many ghost hunters, and today we are going to look at some of these stories! 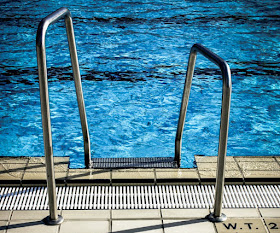 Jackie is the spirit of a young girl that has been seen the most. She is known for her lively exchanges and answering questions. She has also left wet footprints on the poolside.

Her full name was Jacqueline Torin and she was around 5 or 6 years old when she was believed to have drowned in the second class pool.

She likes to play in the pool area which is now the Royal Theatre. Jackie has been wandering the ship for 60 years and can be heard singing, laughing and calling for her parents.

Sarah is another young girl that drowned on the Queen Mary. She also drowned around 1949 and is believed to protect Jackie. She has been heard singing with Jackie and can be quite aggressive.

It's also believed the two girls were actually murdered by another ghost on the ship by the name of Grumpy.

Grumpy the Growling Ghost got the name because they have the strange habit of growling at people in their presence. Their true identity is unknown and he can be found in the pool area, but he has been heard in the boiler room. The smell of cigarette smoke has been reported too.


Dana was a young woman that was on the ship with her family. Unfortunately, she was murdered along with the rest of her family in their room.

The murder took place in room B-474 and she was found in the bathroom with a gunshot wound. Her mother and sister were found strangled in the room too. She has been heard calling for her mother and sometimes found with the children at the pool.

The Lady in White

She loves to dance to music that nobody else can hear in the Queen's Salon. She wears a white gown as her name suggests, and she has been witnessed floating in the lobby where she entered an elevator and disappeared.

There is also photographic proof of The Lady in White, and you can see it here.

John was an 18-year-old member of the crew that was crushed to death in the shaft alley at door 13. He was playing a game of chicken with a colleague when the accident happened. It is a very popular place for ghost hunters to visit, and they say he leaves greasy handprints in the places he roams in.

I can believe that there may be spirits on the Queen Mary due to its long history. I researched this quite a bit and the stories can be upsetting, but there is not much information on the people they believe still haunt the ship.

I did find a brilliant website full of information, and there is one website full of EVP evidence. I have spent some time listening, but if you are interested you can find it here.

What are your thoughts on the hauntings? Do you believe the stories or are you sceptical? Let me know in the comments!
Share