What is the Occult? | The Basics 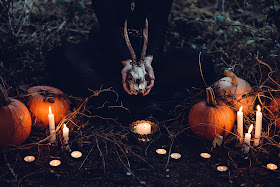 What is the Occult?

The word occult is derived from the Latin word occultus. Occultus means things that are mysterious, hidden or secretive. Occult practices include fortune telling, witchcraft, astrology, and ouija boards as they all fall into the category of being mysterious. Some occult practices have made a huge difference to our modern life, for example, early astrology and alchemy would lead to the birth of modern science and medicine.

After searching online I found a blog post by gilberttheoccultist from 2014 with the following statement:


That is what the occult is. Religion operates on faith. Occultists operate on experiment and practice to garner true knowledge about the spiritual. Religious adherents “believe” in angels. Occultists talk directly with them. Religion fears demons. The Occult cages them and demands labor from them. Religion interprets the words of the gods. The Occult draws the gods down to ask for clarification.

In short, what is the difference between the occult and religion? Religion is faith. Occult is knowledge.

Is the Occult Evil?

A lot of people are under the impression that the occult and anyone that is interested in it or practicing it are evil. It is true there have been people that have used their knowledge for their own personal gain and to exploit others. However, there have been others that have used it only for good. Both will do their work in secrecy, but the malevolent hide so nobody sees their true motives, while the benevolent hide to avoid persecution.

Many occultists will also practice religion like Satanism, Hermeticism, and Gnosticism.

What is Classed as the Occult?

There are many occult activities, and I have listed some of these below. You may have heard of some of the activities before but never realised they were part of the occult:
In future posts, I will be going into more detail about the different activities listed above. Do you practice any of the above? Is there anything on the list you would like to know more about first? Comment below to tell me! 😀
Share