Who was the Black Dahlia?

The Black Dahlia was the nickname given to Elizabeth Short, a young aspiring actress from Massachusetts. Some believe she had the name before her death due to her black hair and clothing, and others say it was given to her by the media. Elizabeth's body was found on January 15th, 1947 on a vacant lot in LA. 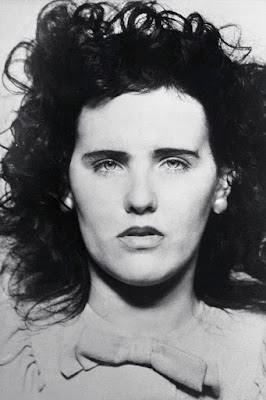 Attention! The content of this article or section may seem obscene or offensive to some readers.

Elizabeth Short was born on July 29th, 1924 and grew up in Medford, Massachusetts. She grew up with her father Cleo, mother Phoebe and four sisters. Her father built miniature golf courses for a living, but when Elizabeth was 6 years old her father lost all of their savings and the family had nothing. Shortly after this, her fathers abandoned car was found and it was believed he ended his own life. This meant that her family had to move into a small apartment, and Phoebe worked multiple jobs to get by.

In 1942 Phoebe received a letter from Cleo apologising for faking his death and leaving them, and said he was now living in California. In his letter, he asked to come home, but she refused to see him. At the age of 18, Elizabeth went to live with her father in California. However, she didn't stay long and due to their arguing, she moved out in 1943. 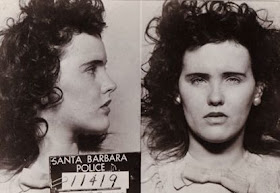 Elizabeth got herself a job near Lompoc on the Air Force Base and lived with her friends. She also lived with an Air Force Sergeant for a short period of time, but she moved out as he allegedly abused her. After leaving Lompoc she moved to Santa Barbara and it was here that she was arrested for underage drinking in a bar. The authorities tried to send her on her way back to Medford, but Elizabeth had other ideas and decided to go to Florida.

While in Florida she met a man called Major Matthew Michael Gordon Jr. She told her friends that he asked her to marry him by letter while he recovered from his injuries after a plane crash. However, before they could tie the knot he was sadly killed in a second plane crash in 1945.

In 1946 she relocated again to LA where she worked as a waitress. It's believed she wanted to become an actress. However, there is no evidence that she starred in any films while in LA.

On January 15th, 1947 a body was found on a vacant lot in LA. The body was found by a woman and her child, and at first glance, they believed it was a discarded mannequin. Her body was pale, naked, and was severed into 2 pieces at the waist.

After further examination they discovered her blood had been drained, the body had been cleaned, and her face was slashed. The killer had sliced Elizabeth's mouth so she had a grin from ear to ear, also known as a Glasgow smile. She had cuts on her body, had been posed with her hands over her head, and her legs were apart.

After an autopsy had been performed they found superficial lacerations to her right forearm, left upper arm, and the left side of her chest. They found the cause of death to be hemorrhaging from the lacerations to her face and shock from the blows to the head and face. They also believed she had been tied down for days due to the rope marks on her wrists, neck, and ankles.

It was on January 21st that somebody contacted the editor of the newspaper The Examiner. They claimed they were the Black Dahlia's murderer and that they would be sending over "souvenirs of Beth Short".

An envelope arrived January 24th and the words had been created using newspaper clippings. The letter said:

The envelope contained some of Elizabeth's belongings, such as her birth certificate, business cards, photographs, and an address book. All of the items had been cleaned using gasoline just like Elizabeth's body. They were still able to pull some partial fingerprints off of the items, but they were unfortunately damaged in transit and could not be analysed.

There were also reports of a handbag and shoe being found near the crime scene, but when they were recovered they had been cleaned with gasoline too.

The LAPD received many calls for Elizabeth's case, but the majority of them turned out to be hoaxes. They also received many more letters allegedly from the same person, but like the first, they had all been cleaned with gasoline and no prints could be lifted.

Due to lack of evidence, this murder still remains one of the oldest cold cases in LA.

There have been many potential suspects and over 150 men were interviewed during the investigation. Even though so many men were interviewed the murderer was never found. There are many theories out there about who killed Elizabeth. Some of the men I feel could have been the actual murderer after researching the case are listed below:

Walter Bayley - He was a Los Angeles surgeon that lived very close to where Elizabeth's body was found. When he died in 1948 his widow claimed his mistress knew a secret about him, and that is why she was listed as his main beneficiary. Due to his medical background, many people believe he is a potential suspect. Some theories also suggest his secret was that he would perform abortions, which was illegal in the 1940s. The next theory is that his mistress killed Elizabeth, but there is no evidence support either theory.

George Hodel - Dr. Hodel was originally accused of sexually abusing his 14-year-old daughter when he became a suspect in the murder. The LAPD put Hodel under surveillance in 1950, and they installed 2 microphones into his home. In the recordings they heard a woman screaming, Hodel speaking to another person about killing a woman, and Hodel discussing the Black Dahlia murder. He was heard saying:

"Supposin' I did kill the Black Dahlia. They couldn't prove it now. They can't talk to me secretary now because she is dead."

Ed Burns - When Ed met Elizabeth they hit it off right away. He thought she was the girl of his dreams, and would give her money and listen to her stories. However, Elizabeth didn't show Ed off to her friends and it is believed this was because of his looks. Some people even described his features as rabbit-like. It's also believed that Elizabeth's stories and obsession with the Suzanne Degnan murder began to drive him crazy. He felt she idolised and loved the killer William Heirens more than she would ever love him, and this could be what drove him to kill her in the way he did.

Ed committed suicide March 15th, 1947 exactly 2 months after the discovery of Elizabeth's body. He left a suicide note that said the following:

“To whom it may concern: I have waited for the police to capture me for the Black Dahlia killing, but have not. I am too much of a coward to turn myself in, so this is the best way out for me. I couldn’t help myself for that, or this. Sorry, Mary.”

There are many websites that share their thoughts and theories on what happened to Elizabeth Short. Most of my information came from BlackDahlia.web and blackdahliasolution.  They are very informative and go into more detail about the suspects and investigation. If you want to know more please check those links out!

Do you have any of your own theories about what happened to Elizabeth Short? Who do you think could have done this to her?