Cults | What Are They & How Do You Spot One?

What is a Cult?

Definition of cult - a system of religious veneration and devotion directed towards a particular figure or object, a person or thing that is popular.

The modern definition of a mind control cult is a group that uses mind control and deceptive recruitment techniques to trick people into joining them and persuading them to stay with the group.

Cult leaders are usually charismatic and they make their followers feel loved and accepted. The leaders' authority is respected by their members. They also claim to have a connection with a higher power and are not accountable to any authority. They may even claim to be the Messiah reincarnated. Members regard their leaders' belief system to be law, and they never question it.

The leadership also dictates to the group what and how they think, feel and act. This includes giving members permission to date, telling them what to wear, where they should live, and in some cults, they decide who can have children. The members deeply admire their leader, follow them blindly, and never feel good enough for them.

Religious - These cults use a belief system. They could use the belief system of a religion like Christianity, Islam, etc. or they may have created their own. The difference is they use mind control and not their beliefs.

Commercial - These cults are called cults of greed. They make promises that if people join them and follow their program they will become rich. Their leader will be an example, and explain that if members follow what they say they will also be successful. They use mind control to get the members working for free and to make them pay for tapes, videos, books, and seminars. The real purpose of them was to keep them believing in the cult. The leaders make money selling these tapes to the group.

Self-help/Counselling - Cults that use self-help, self-improvement, or counselling will target people working in a business. They run their own courses and seminars that they claim will make them more successful in their career. The members are locked in hotel rooms and subjected to their quasi-religious indoctrination as they join in with the activities. They join in group activities, share their deepest thoughts, and play games. Once a course is over they tell their members that they need to complete another one that costs more money. Many people have become bankrupt as a result of being in a cult like this.

Political - These cults use political ideas as their base and are known throughout history, such as in Nazi Germany. They used mind control techniques on a very large scale, but some groups use them on a smaller scale. These groups are terrorists, rebel groups, and white or black supremacists. These groups will also use mind control to recruit and dominate their members. 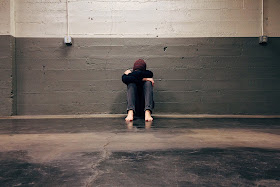 Mind control is a set of psychological techniques that are used to control members. Cults will usually use the following techniques to control their members:

Deception - Cults use deception to recruit members and operate. They need this because they must hide the truth as if people knew their intentions they would not join them. They only show members this when they think they are ready. A cult always has a plan in place to hide their true intentions. For example, they will show themselves helping the poor or supporting peace. The members will tell people how happy they would be in the group, and everyone is overly enthusiastic. Mostly because they have been told to act this way. Once someone is in the group they slowly show the truth, and they do this until members are believing things they wouldn't have believed before.

Exclusivism - Leaders will tell people they can only be saved in their group. They claim they are the only ones that know the truth. They need to make them believe there is nowhere else they can go, and if they ever left they would go to hell. They use this fear to keep members in the cult and to control their behaviour.

Fear/Intimidation - Guilt, character assassination and breaking sessions are used to control members. For example, if a member does not convert new members they will be told their heart is "full of sin". Guilt is used to make members feel they are not good enough. They are always in the wrong, it is their fault, and they must try harder. They will also be made to feel guilty if they disobey cult rules.

Relationship Control - Cults will try to cut members off from friends and family to stop others from influencing them. They will try to maximise their time spent with the cult and minimise it with people outside of the group.

Information Control - In a cult information from the outside is called evil, more so if it is opposing the cult and its beliefs. Members are told that only the information provided by the cult is the truth. If caught with it members can be thrown out.

Reporting Structure - In cults, all members are asked to watch out for members that are struggling. They are encouraged to report what they see or hear to the leadership if it could have a negative impact on the cult. Cult leaders may then use this information to convince members they have a link to the supernatural. People in cults do not share their thoughts or feelings, and they rarely make friends. If a friendship was to form the leader may see it as a threat and then split them up. Nothing is allowed that could affect the allegiance of members to the group and the leader.

Time Control - Members are kept busy all day with various tasks and activities. This helps keep them away from friends and family members that could try to persuade them they are in a cult.

Hyped Groups - Instead of telling people about the group one to one, they will invite them to a group meeting. In these meetings, everyone will be overly enthusiastic and make them doubt themselves. It will make them wonder why they are not like that. The aim is to make them feel uncomfortable and make people join them through peer pressure.

Pressure - Members trying to recruit new members will be very intense. They may call every day or meet them outside of their place of work. They will always keep the pressure on to make sure they stay immersed in the environment and want to join.

Reassurance - They will say they are not a cult. This is a way to prevent friends or family from warning them and stopping them from joining. They may even tell them Satan will send their friends and family to them with messages to persuade them to leave. These people will then believe this when their loved ones try to warn them.

I will be writing more about cults in the future. Are there any specific cults you would like to know more about? Let me know in the comments section!
Share